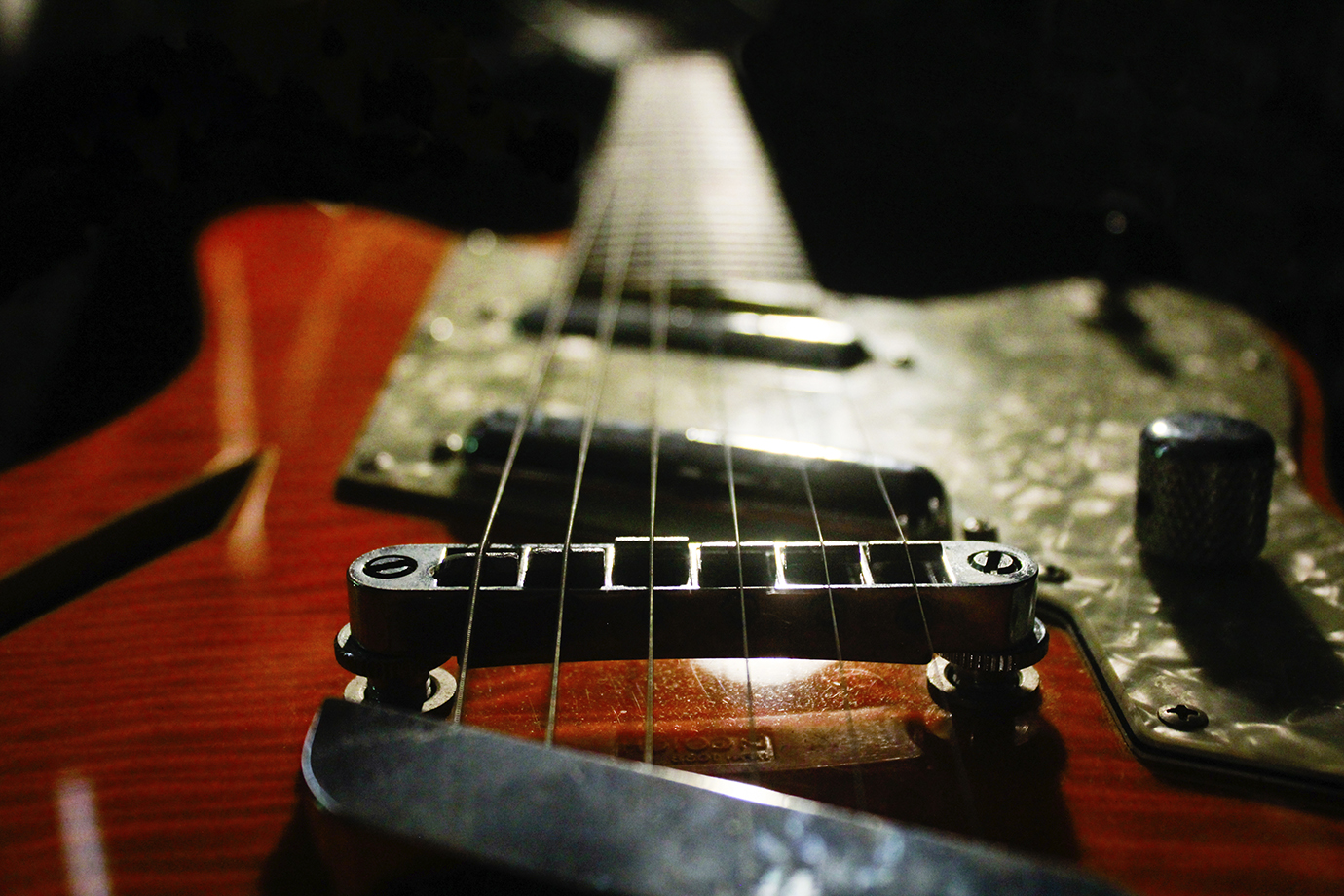 My Lifelong Love of Music

When I was 6 years old my parents gave me one of those old shoebox tape recorders. It was a long, flat, black affair with 6 buttons for play, record, stop, fast-forward, rewind and eject. To me it was pure magic and I started making little 6 year old radio shows with characters and stories that were worthy of being magnet-tacked to a refridgerator. Thus began my life-long love and fascination with recording.

My mom made me take piano lessons from a pretty early age. She started by teaching me herself, and then put me in classes with more advanced tutors. To this day the piano is the instrument I play the least well, and it's the only one I've taken lessons in. My mother had tried her hand at a music career earlier in her life and had even gone to Pepperdine to study music, but then a military marriage and children put that on the permanent back burner, and thus she lived her musical desires vicariously through us kids. I was the only one of the three of us that took to it.

I began to show an interest in the drums, especially when I found out that my dad had once played some drums in high school band. When I turned 9 they bought me a snare drum, a crash cymbol and a practice pad to learn on. I still have them, and I even still have my first pair of drum sticks; a hand crafted pair that one of our dogs unfortunately chewed one of the heads off on, but I digress. I love playing the drums.

My mom also had a classical acoustic guitar that she was learning to play. I think she got it only a few years before I got that snare drum, but she never really learned to play it. In some ways neither did I. The fat neck and the thick nylon strings made it a difficult guitar to learn on, and so I would try, fail, and put it back away. I did that for years and never got anywhere. Then one day when I was about fifteen, walked into a pawn shop on a whim and bought a knock-off Gibson SG for $50 bucks and a little belt-clip practice amp for another $20. I barely had enough money left over for a cord and a $3 pack of strings, but for whatever reason, that night I was able to play along with the Beatles' "Day Tripper" as though I had been playing guitar for years. Something just clicked.

I started practicing day and night. I took my guitar to school with me, I started reading books on it, getting tableture and chord books, learning scales and practice, practice, practicing. Pretty soon I was writing my own songs, and then my childhood fascination with recording came back with a vengance.

I started by connecting two 80's style boom-boxes together with headphone cords I spliced together to make a patch cord for. I would record something into one boom box, and then plug its headphone out into the Aux input of the other boom box, which then allowed me to do some very rudimentary over-dubbing and tracking. They were terribly low-fi, and instantly degraded recordings, but they allowed me to write more complex songs and get my feet wet for future multi-track recordings.

When I turned 16, my cousin Jonathan Bryant bought a drum kit, and he and I started writing songs together. Shortly after we gained a bassist from my high school, Erik Green. He was first chair bass in the orchestra, and was a terribly unimaginitive bassist. He quit without warning, and Jonathan's guitarist friend Bryan Showalter eagerly bought a bass and joined our band "Eight Minutes to Earth". We were geeks, by the way, and eight minutes is the amount of time it takes light to get from the sun to the Earth.

Eight Minutes to Earth played and toured for almost 8 years, but broke up during our second studio album recording. In hindsight, that's ok, but I hated it at the time. After that I formed another band with Jonathan and his wife at the time, Jenna Moan: "The End of Day Marbles". The name on that one is a longer story I'll save for another time. We played together for a little under 2 years, and then broke up. I moved to Phoenix shortly thereafter.

Phoenix was an odd musical time for me. Having fewer musical friends around (I was in film school at the time) the only real outlet I had was my own recordings, an acoustic comedy band, and some failed attempts at putting other bands together.

At some point in time I had collected so much recording equipment that I decided to open a recording studio and put my equipment to work for me for a change. I opened "Trampled Fruit Records" there in Phoenix and started having other people come to me for their recording needs. I had a few cool folks come in and work with me; a few members of "Strawberry Alarmclock" and the "Pretenders" come do some tunes with me, and I did a lengthy album recording with "Clandestine" during that time as well. Most of the clientel were poor musicians just trying to get a cheap deal and some good sounding tracks. After about 2 years of breaking even, I closed "Trampled Fruit". Shortly thereafter I moved to LA.

In LA, I've mostly been working on recording my own songs, but I have also had the pleasure of playing music in a few nameless groups, I was the guitarist in the band "Sunset" for a while, and I am currently working with Bryan Showalter again in "The Bleeding Heart Revival".

I always said that in life, I didn't care if I was living in a cardboard box, as long as I could keep playing music. That's still true, but I'm going to keep doing everything I can to avoid living out of a box. I think I'll be fine. Check out some of my music here, and watch out for show anouncements in the future!