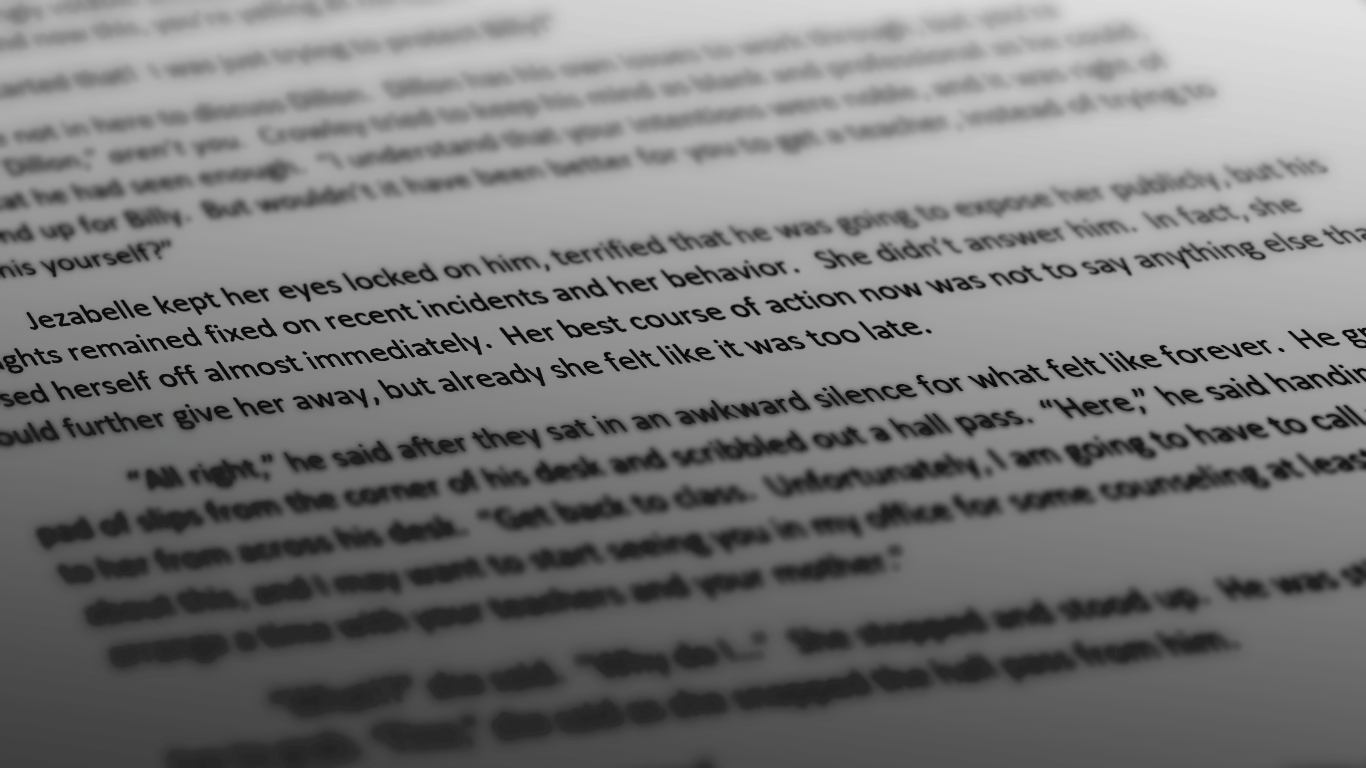 Let Me Tell You A Story

I love to write. Since I was very little I've been telling stories. It started with simple little kid stories being recorded radio-show style into a shoebox tape recorder, and worked its way up to hand written short stories, typewriter tales, and word-processor documents, and eventually entire novels, screen plays and tons of shorts.

I wrote my first novel between 13 and 15 years old. The whole thing was written by hand into three 180 page spiral bound notebooks. "Flight" was an adventure story about a man who ended up with a prototyped space vehicle with special technological advancements that gave him an edge over his pursuers. Given that I wrote it over thirty years ago, and have never re-read it, I'm at a loss as to what the story was really about, although much of it took place in Belize. In any case, it was not the first or last story that I've written.

Before that I had written a whole series of short stories, many of which I typed on a typewriter, and some of which I had the privilege of doing in a fancy word processor (a brief technology that was more advanced than any typewriter, but wasn't exactly a computer either). My short stories were mostly thrillers or little comedy sketches. I also wrote a series of early cartoons about a character called Mr. Fish, a professor of science who was part of a vast under-sea community where the characters all had silly mishaps with educational twists. I was a nerdy kid.

When I got into film school, I started writing screen plays, some of which made it into short films, and others that have ended up on the shelves. It was during this time that I started writing another novel, this time as an adult with a better understanding of story structure and with a laptop to crank the whole thing out in a matter of a few weeks. The novel was called "Failsafe" and it originally never made it passed the first draft. The problem (for me) was that I wrote the entire book as one extremely long document. Editing it was cumbersome, and it was easy to lose your place in the process. To make matters worse, I hated the villains. They were cheap antagonists; Middle Eastern Terrorists. A boring cliche that showed no imagination, and so I temporarily shelved the book until I had a better plan.

About a year after I wrote Failsafe, I had an idea for a short comedy about Area 51 and the Roswell Crash of 1947. The original idea was about a couple of military men in a hanger, examining the remains of crashed alien technology. Suddenly, a vortex opens and a flying saucer pops into existence in its place. The aliens reveal themselves to the military men while they collect the remains of their alien colleagues, and while doing so, they explain that they're not aliens, but rather that evolution is a bitch, and this was what they could look forward to in about two million years. The idea was to be a bit of an elaborate metaphysical joke about our perceptions of time, space, genetic engineering and evolution.

About the time I got half way through the first draft of the short screen play, I changed directions with the project as I realized that it had so much potential for a grander scale adventure novel. Thus began a long journey into writing an intricate time-travel novel about Archaeologists from the future who get trapped in the past as a result of a cataclysmic crash. The locals mistake them for aliens, and begin a chase that ends in a series of paradoxes and time travel anomalies. The book ended up being exceptionally long, and yet had a natural breaking point that allowed me to take the advice of peers and cut it into two books. The result is a two part series entitled "The Roswell Paradox". I am currently seeking representation and publication for these two books.

Now that The Roswell Paradox is complete, I am in the process of re-writing Failsafe. I spent about a year reworking everything about the original story including a much better, and more believable antagonist, and a far more matured story telling technique. The new novel is titled "Ashling" and will hopefully be completed within the next year.